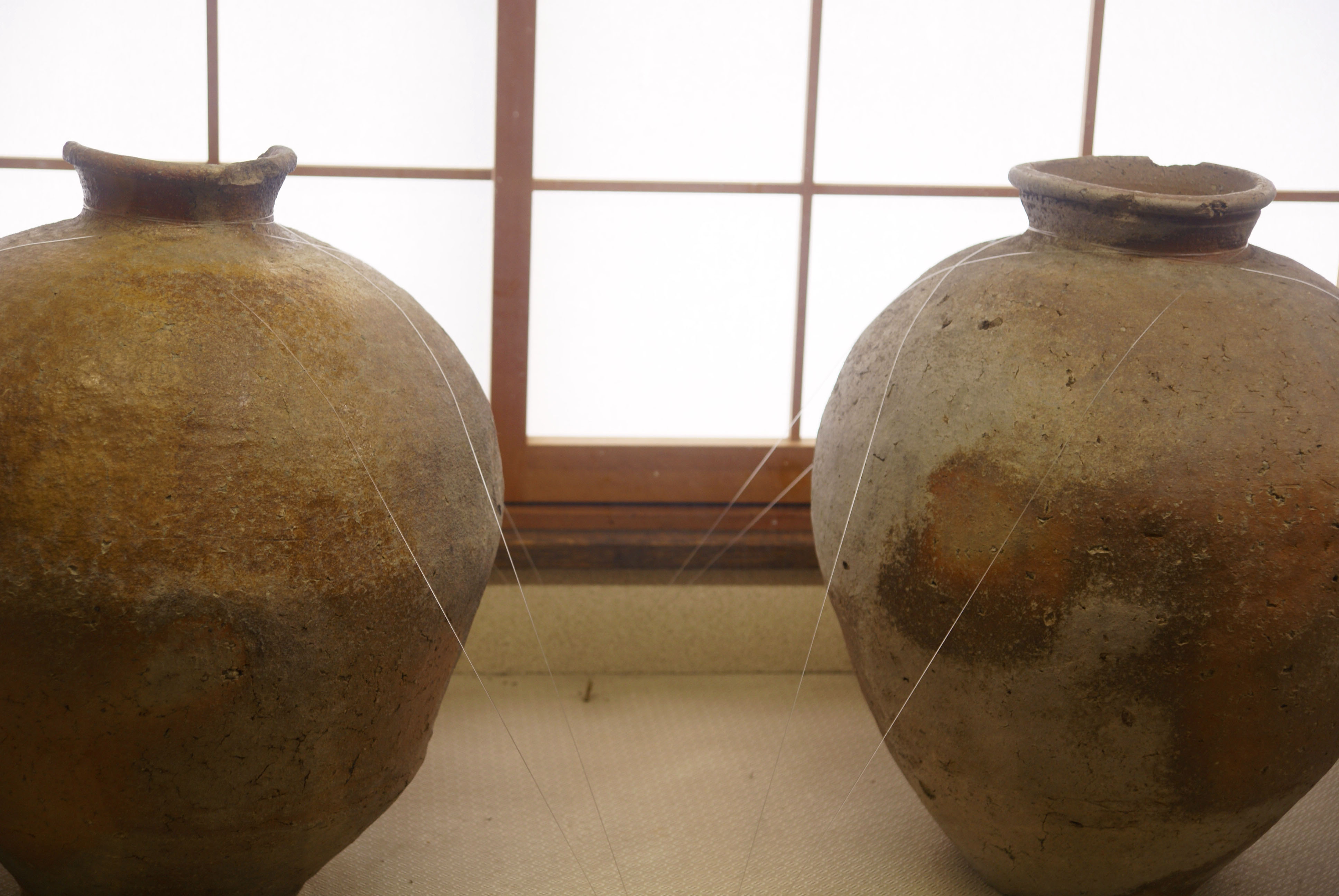 Old pottery library was established for study of “old Shigaraki”.
We would like to have you know “Shigaraki” deeply widely.
So, opened to the public. 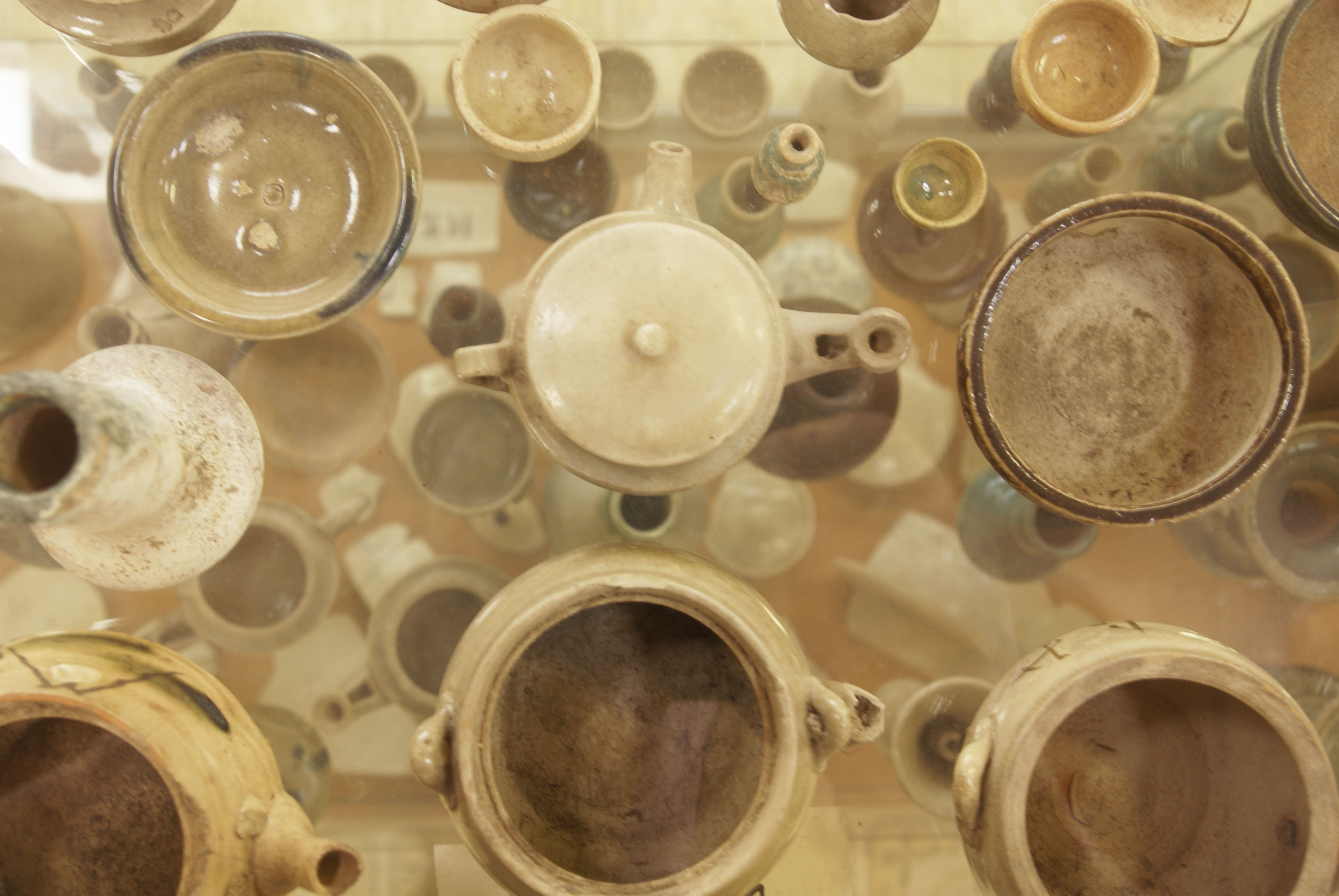 Tile in Shigarakinomiya and nail

Big jar in “old Shigaraki” which is the origin of the Shigaraki ware.
(Kamakura middle to Edo beginnings)

pottery pieces which mined from each old kiln trace. 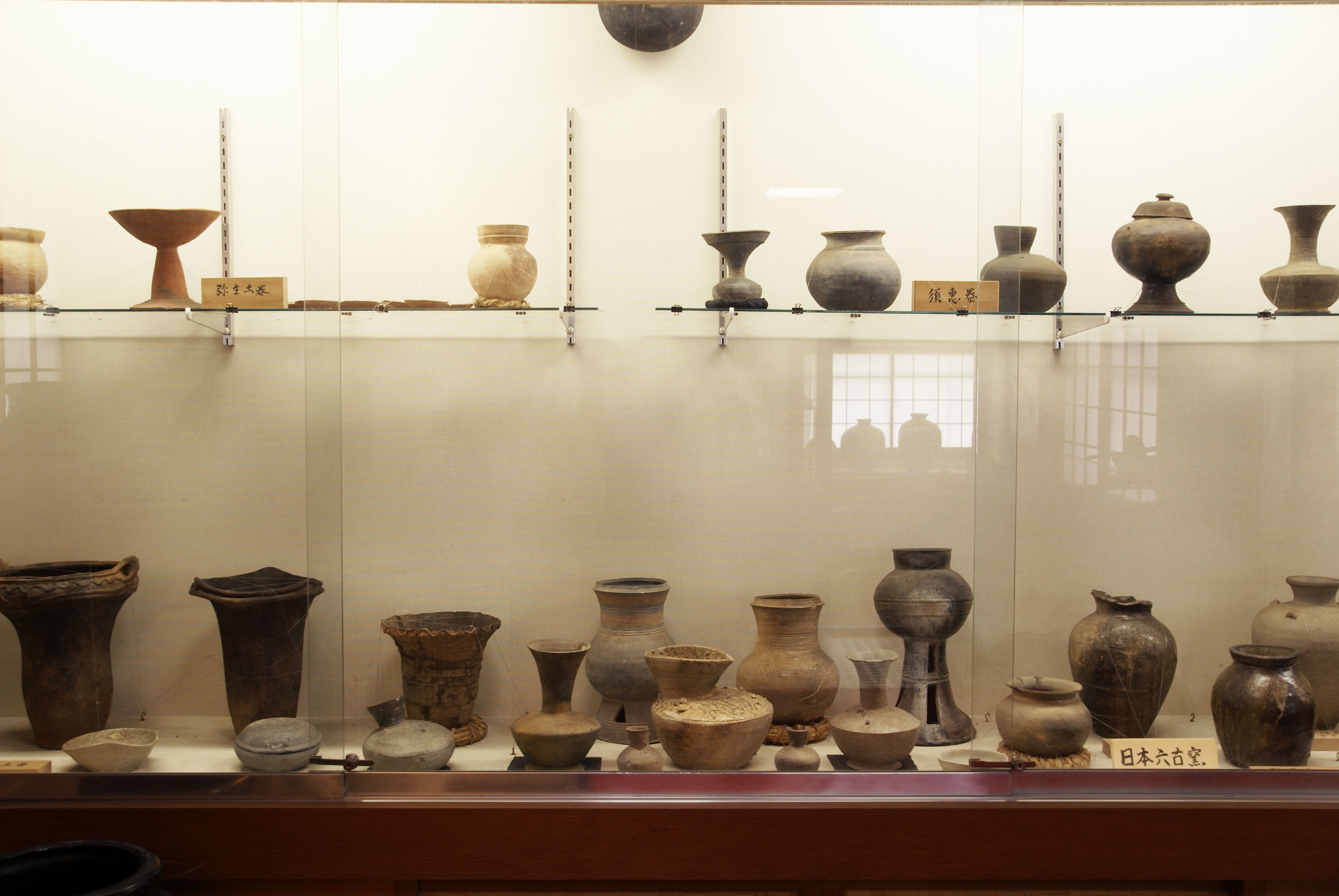